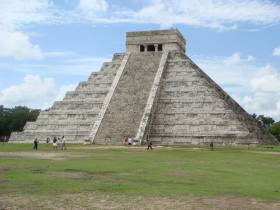 Chichen Itza - “The enter of sorcerers wells” in the Mayan language.
Born in the classical epoch, Chichen Itza shows, however, due to different architectural styles, two distinct periods of Mayan history. The monumental pyramid “El Castillo” (also called the Pyramid of Kukulcan) of Toltec and Mayan influence, testify the rich cosmological symbolism: the four sides to a total 365 steps (the days of the calendar), 52 panels (the years of the century Maya ) and 18 terraces (the months of the religious calendar).
Thousands of visitors are interested to the Castillo in spring and autumn equinoxes, in these days, the sun lights up the pyramid creating a shadow shaped like a snake, which goes down the stairs to meet the head of a snake engraved at the base.
Close to Castillo sits the Tzompantli, a platform marked by stone carvings of human skulls. Close to the Tzompantli is the Templo de lo Jaguares. Nearby is the wonderful game of pelota.
From here a path leads to the cenote where human sacrifices took place. This holy well, represents for the Maya the most important place of worship throughout the territory. The name of Mayan origin was undoubtedly: “Uuc-jab-nal”.
Returning to the Castillo, we arrive at the Templo de los Gurreros (Temple of the Warriors). The figure, on top of the temple, holding a plate on which the human hearts were offered to the gods and to Mila Columns (the Thousand Columns).
Following the thousand columns we reach the market and continuing we arrive to steam baths.
Returning to Castillo and going south we reach the Caracol (Observatory), which dominates the area. From its dome priests observed the motion of the stars and made their rituals.
Not far away, the monastery with many rooms, built in the ancient Maya royal palace adjacent to the Iglesia. 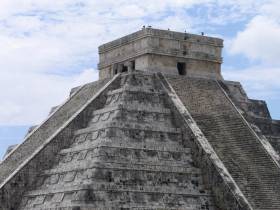 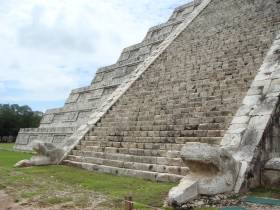 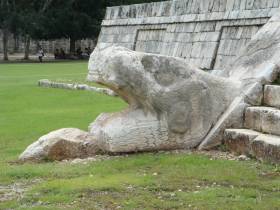 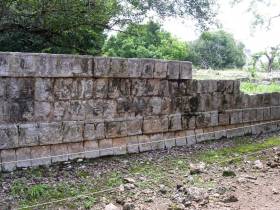 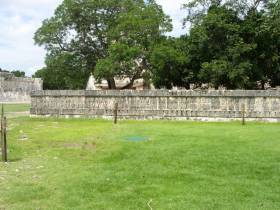 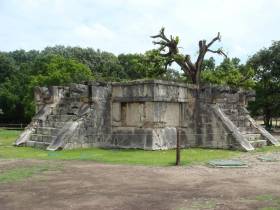 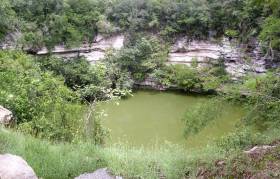 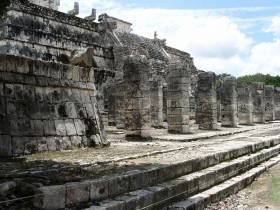 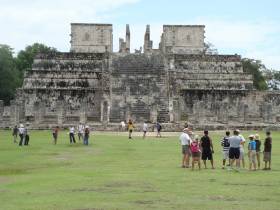 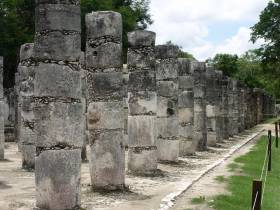 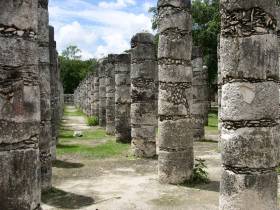 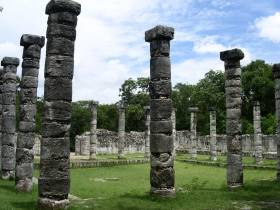 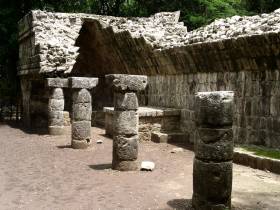 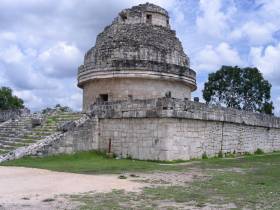 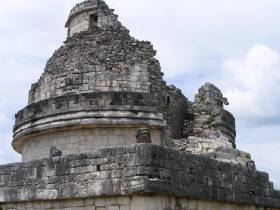 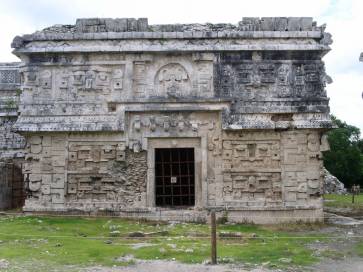 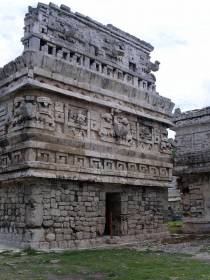 The Yucatan Peninsula is one of the last parts of the continent to be emerged from the ocean. It's a great platform limestone where water seeps into the cracks to form underground streams, caves and wells (cenotes). In this way on the surface there is no water, no rivers, due also to to lack of hills.
During the pre-Hispanic times, these wells have been crucial for the installation of the populations (for example at Chichen Itza, the sacred cenote was used also for rituals).
The IK-KIL Cenote is very similar to those of Chichen ltza. It was fixed so we can go to the water for bathing. The depth is 46 meters and is certainly the most profound in Yucatan. 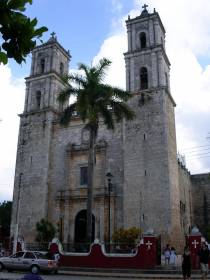 This small city is the second most important Yucatan. Founded in 1543 by Francisco de Montejo “el Mozo” (to distinguish him from his father “el Adelantado”) takes its name from its namesake in Spain. In Valladolid, you will see two buildings of the colonial era: the church of San Gervasio (seventeenth of the century) and the convent of San Bernardino (sixteenth century).
We recommend just two steps walk to the zocalo and to climb the first floor of City Hall to see the murals. 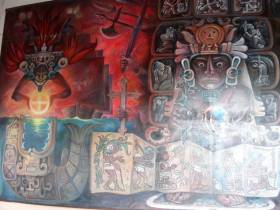 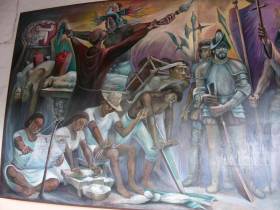 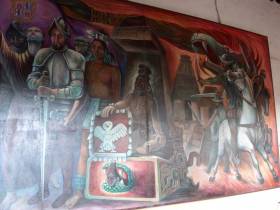 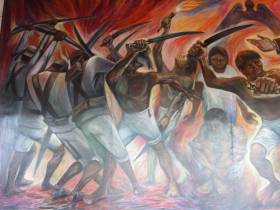 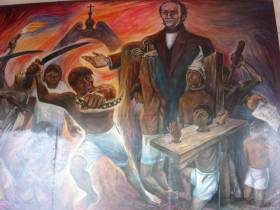 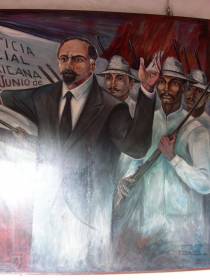 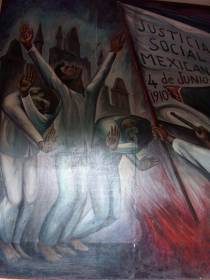 The adventure is coming to an end, this was the night before we expect the plane to Cancun for the fraudu home. So take a break under the trees that cool the Zocalo of Valladolid. 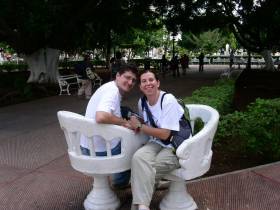 Great resort developed in 1967, when the Mexican government chose this narrow strip of sand between the sea and the lagoon as a favorite place to develop the tourist potential.
Cancun and the Riviera Maya has everything to seduce. It's hard to imagine a site with more rich in natural, historical and tourist attractions. For lovers of sun drenched beaches 20km of turquoise water of the Caribbean Sea and for lovers of history a vast region steeped in Mayan influence.
There are two great roads in Cancun: Tulum road, the main north-south km long gravity around which the city center and the boulevard Kukulkan that runs through the lagoon where is the hotel zone.