We entered into Chiapas.

State of exceptional beauty and great ecological diversity. After the plateau of the valley of Oaxaca, you'll discover a mountainous region rich in wild rivers, deep canyons and virgins forests. It's also one of the poorest states of Mexico which has undergone significant changes in the next fifteen years.
Diverging interests of the indigenous people of Chiapas, refugees from Guatemala, the companies of exploitation of forests and the government, have put a strain on the fragile culture and economy of this state… Although the timing of the rebellion (pacifist and media based) supported by “sub commander Marcos” now is just a remeber, is recommended during this journey to stay on the main crowded and road.

The distance between Tuxtla and San Cristobal is not great, but to do this path it took a day because it was necessary to make a stop along the way to make a boat trip on the Rio Grijalva (Rio Grande de Chiapa) to cross the imposing Canyon of Sumidero.

This small colonial city located on the banks of the Rio Grijulva has a beautiful place to walk. You can visit his beautiful Spanish fountain on zocalo (central square), the Temple of Santo Domingo, the small museum of “lacquer” and the frescoes in the town hall (Palacio Municipal).

For hiking in the Canyon of Sumidero, the launches expect that the number of people required to fill the boat, fortunately it did not last long, although ours was the first boat to leave that morning. 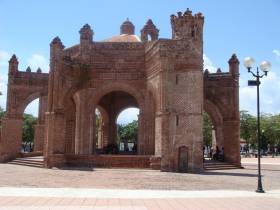 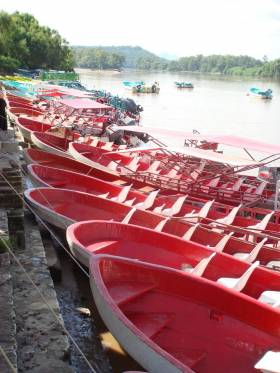 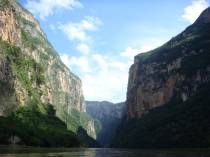 Gigantic natural canyon crossed by the Rio Grijalva. Chicoasen dam has transformed in 1981 into a large reserve. The canyon walls in some places reaches a height of 1km.

If it's a sunny day be sure to sprinkle them carefully the sunscreen, the breeze caused by the boat ride you will not feel the sun shining and you can hold nasty surprises.
Along the river you come across an area that locals call “El Tapon”.
In this area of the river, a strange game of currents collect all debris that sail along the river and during raining days fall from the canyon walls.
To cross “El Tapon” the boat had to make several maneuvers to not be entangled with the numerous floating logs.
It was amazing to see how the layer of waste allowed birds to walk on water of the river and also see that families are kept picking up the larger debris and then resell them as firewood.
If we were to pick you warm, be quiet, the boatmen have a habit of making a joke to all the tourists, a quick refreshing shower under a beautiful waterfall, where time has created several terraces covered with moss where the water falls. 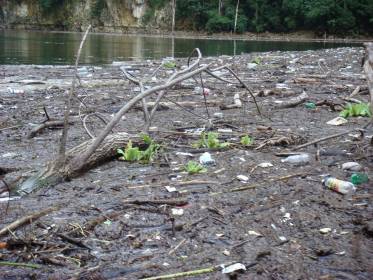 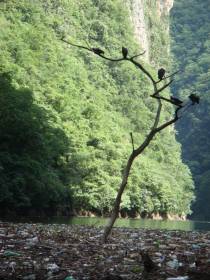 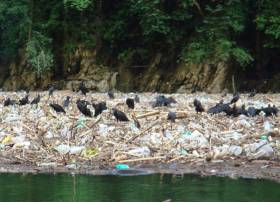 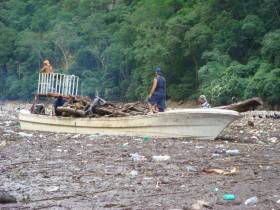 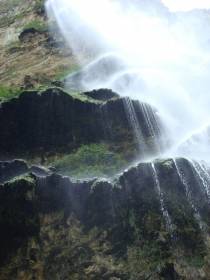 We go back into the car and starts to climb.
Founded in 1528 by Captain Diego de Mazariegos is located at 2120 meters altitude.
San Cristobal is a charming little colonial town surrounded by pine forests on the shores of a valley in the heart of the mountainous of the central region of Chiapas.
Following events of 1994, the military presence has been reinforced in recent years, this does not prevent you a peaceful and enjoyable stay in this city, where lives the largest indigenous community in Mexico.