For this hike it is imperative to have a chaffeur… get to Yaxchilan and Bonampak is a task for local people … you will be safer, but not without emotions.
Bring water down the road because there are not great places where to stop to drink.
This trip has occupied the entire day, but it was worth it. We started early, the sun had not risen, we made the breakfast under a thatched hut in the faint light of dawn (we were the first). 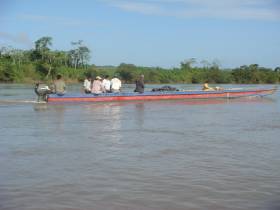 The region of Usumacinta and its tributaries acquires a great importance to the development of Yaxchilan, the main center in the early sixth century. This site is nestled in a strip of the river and knows its peak during the “Late Classic” with the JAGUAR dynasty whose reign and achievements are mentioned on the many carved monuments of the city, stems, altars, lintels. The last entry is dated early ninth century. Moreover, the lush vegetation that surrounded it makes Yaxchilan a magnificent panorama.

After two hours of travel we arrived at the border between Mexico and Guatemala the Usumacinta River, from there our driver become a boatman who, by river, took us to the site, after about an hour of navigation. The river is the source of livelihood for local people.
The boatman left us two hours to visit the site and we realized that there are few, it is really huge.
Shame not to have brought with us a stack, as this is the only site where it would be possible to do a few laps in the tunnels, in the company of bats, though!
From the main square an immense and slippery staircase that leads to the Great Acropolis.
Unlike other sites, here is all original, none of the buildings have been reconstructed to make revive the grandeur, but it's all very well preserved and very beautiful, surrounded by tropical jungle.
This time we are truly isolated, we are the first group to arrive at the site, and the only crowd that we are the howler monkeys that we hear all around in really lush jungle. 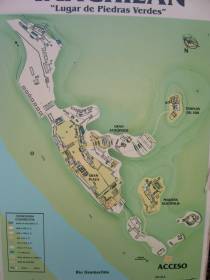 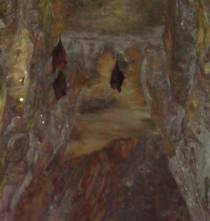 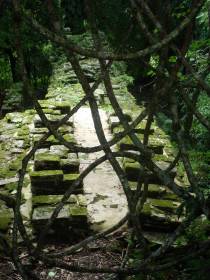 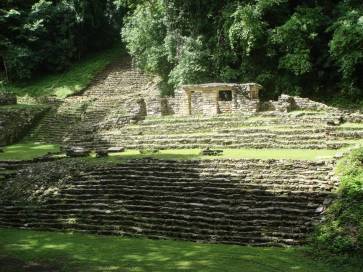 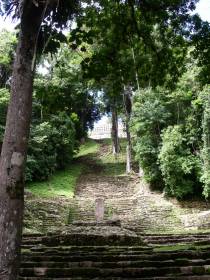 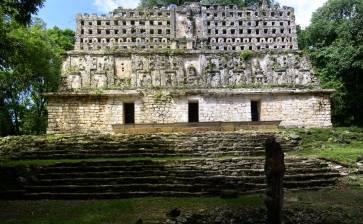 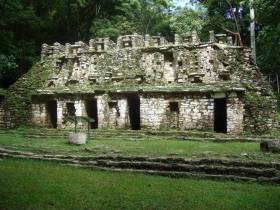 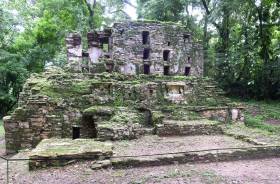 Bonampak, has preserved the most complete of all the monumental paintings Maya, is a site of medium importance discovered in 1946. It's very likely that in all the Maya sites were covered with painted walls that complete the decoration carved or modeled outwardly.

Bonampak you leave the car at about 8km before the site and take a car driven by the natives after to agree with them on price and time to tour the archaeological site, and this is where the chaffeur become useful again, he makes all the arragment with natives.
The last stretch of road is bumpy, it's a kind of Indian reservation, and only few people speak Spanish, main language is a local Mayan dialect, which obviously differs from those of neighboring areas.
On this site we had the chance to have a local guide (who speaks Spanish only), he has explained the history of the place, wars and local customs. He described us the various well-preserved frescoes in time.
He showed a cauchoutree where there was still evident where the incisions made to collect the liquid with which to make objects, including the ball for the game of pelota. 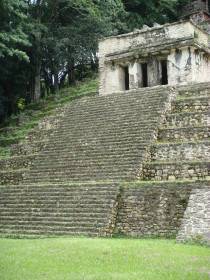 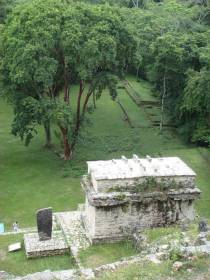 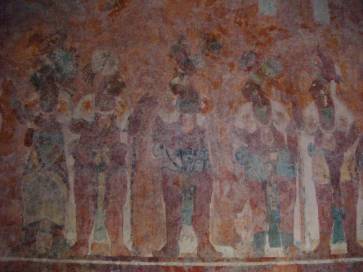