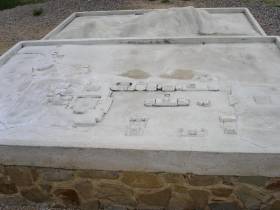 Monte Alban is located 10km from Oaxaca, in the middle of the valley at 2000 meters altitude, was the capital of the Zapotec civilization for over 1000 years.
Urban and Zapotec ceremonial center, founded 800 BC, erected by a people originally from La Venta (Olmec), had the peak between 100 and 800 AD. It had close relationship with the Olmec centers during the Preclassic period, when the city was adorned with pillars, and sculptures.
After the abandonment of the Zapotec (950 AD), the site was transformed by the Mixtec in a necropolis (1350) to accommodate the remains of nobles and priests. It houses the rich tombs, with votive and funerary urns, often painted, of which there were found over 170. At Monte Alban entrance there is the museum with the finds of the site.

The trail climbs to the Grand Plaza. The ceremonial center consists of a vast open space of 300m in length on the north-south and 250m wide on an east-west, bounded north and south by two major platforms. To the east, the playground of the pelota game, with a “I” shape, and the Palace, with a grand staircase. 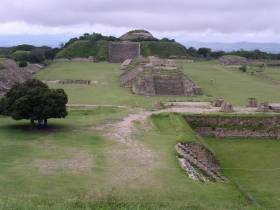 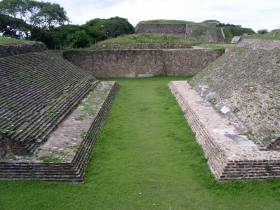 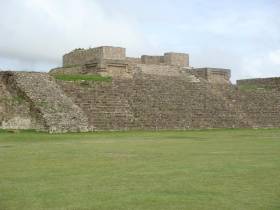 To the south is the Southern Platform, a huge pile of stones covered by a wide staircase.
On the west lies a series of buildings: the Building J, arrowhead-shaped, with internal gallery; Building M, with the remains of four columns on the top; Building L, with bas-reliefs of danzantes where are portrayed slain enemies dripping blood and genitals cut; Building IV, built with large stone blocks stacked and the huge Stele No 18. 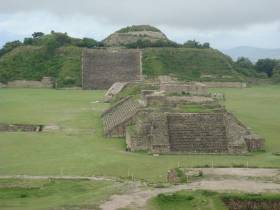 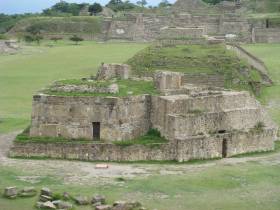 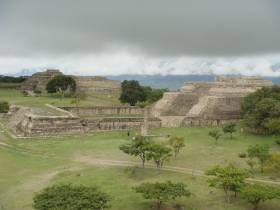 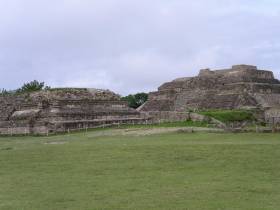 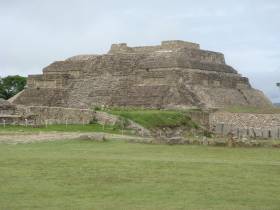 To the north, lies the majestic North Platform with rooms that housed the tombs.
In the middle of the esplanade rises the mysterious Building G, which archaeologists are still studying to understand the ancient usage; was probably an astronomical observatory. 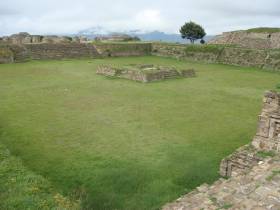 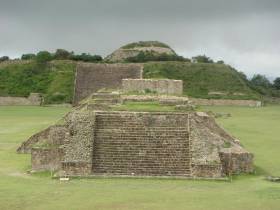 In the north-west, more secluded, there are the tombs. The most significant are the n.104, with murals on the sidewalls and two gods who hold up a stick and a bag (representing the god of corn), No 7, dating from 400 AD, whose burial chamber was discovered the fabled treasure, the Jade mask of the god bat, which is located in the Museum of Oaxaca, and No. 105, sul Cerro del Plumaje, has wall paintings representing figures walking.

Mitla is the other archaeological pole of the region, Mixtec site of the VIII century in which remain five magnificent palaces. It is a true architectural masterpieces decorated with panels of mosaic with 14 unique variations of geometric designs, consisting of thousands of small cut stones, each representing a different element. There are 5 Grupi and most significant, the Grupo de las Columnas, consists of real buildings. Among these are the Sala de las Columns with 6 columns and 34m long, the Patio de Mosaicos, where the walls and inner walls of these rooms are covered with intricate mosaics; the Patio Sur with two underground tombs, one of which contains the Columna de la Vida. 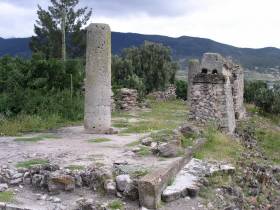 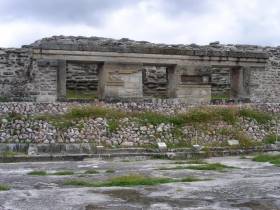 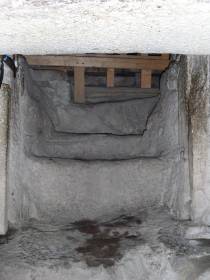 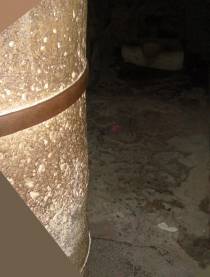 Dominates the site, the Church of St. Paul, from dark red domes, flanked by the Grupo de la Iglesia, with a series of columns. Not far away is the Grupo del Arroyo, in large part still to be excavated. 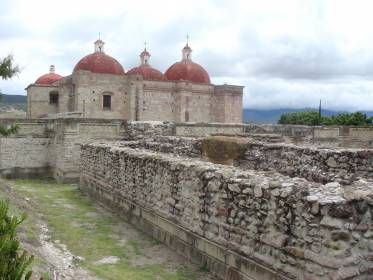 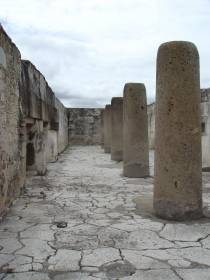 Mitla was inhabited by the Zapotec until the conquest of the Aztecs in 1494, followed by the Spanish one occurred in 1521. Its people spoke Zapotec language, although the source is Mixreca. Its current residents, just over 8000 people, are the direct heirs. Many people continue to pursue, as in the past, the art of weaving, and their women, minute and voice as thin as those of girls, pressed the tourists to buy their embroidered blouses.

10km east of Oaxaca, here El Tule, with the immense tree ahuehete (Montezuma cypress), a species of cypress, which stands outside the church. The tree is included in World Guinness Records Book because it seems to be the largest in the world with its 42m high, 58m in circumference and more than 2000 years. 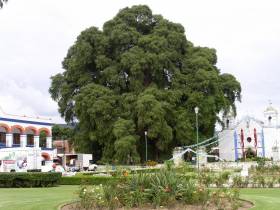 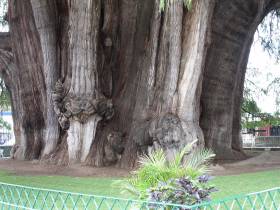